Menu
Log in
Register
Navigation
Install the app
More options
Contact us
Close Menu
You are using an out of date browser. It may not display this or other websites correctly.
You should upgrade or use an alternative browser.
Resource icon

Overview Reviews (1) Discussion
There has always been a lot of confusion in the chainmaille community regarding the angle of degree in European 4 in 1 seams. This year (2015), I set out to study the possible angles and the actual measured degrees of those angles. What I found may be somewhat surprising to most chainmaillers. Most chainmaillers know about the 60 degree angle seam (some calling it a 45 degree seam), but not many knew about the 30 and 15 degree seams. And the most interesting thing I discovered was how to make an actual 45 degree seam (I believe this has not been done before). Below are pics with descriptions. All rings are 16swg 1/4" id. Red rings mark the seams. Half of the rings are rubber to save time and to show that all the seams can be done speed weaving. 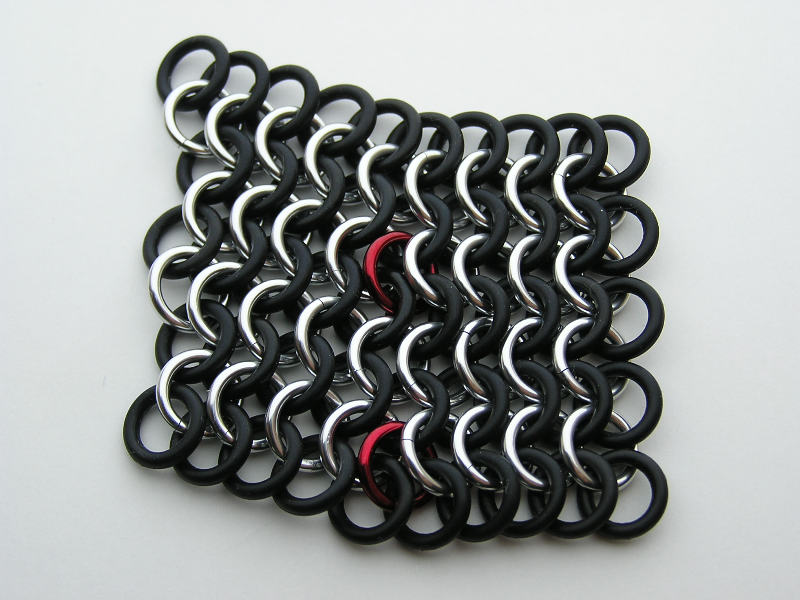 30 degree seam. I first discovered this seam in an article on the M.A.I.L. website. It leans heavy to one side unless the expansions/contractions are staggered left/right. 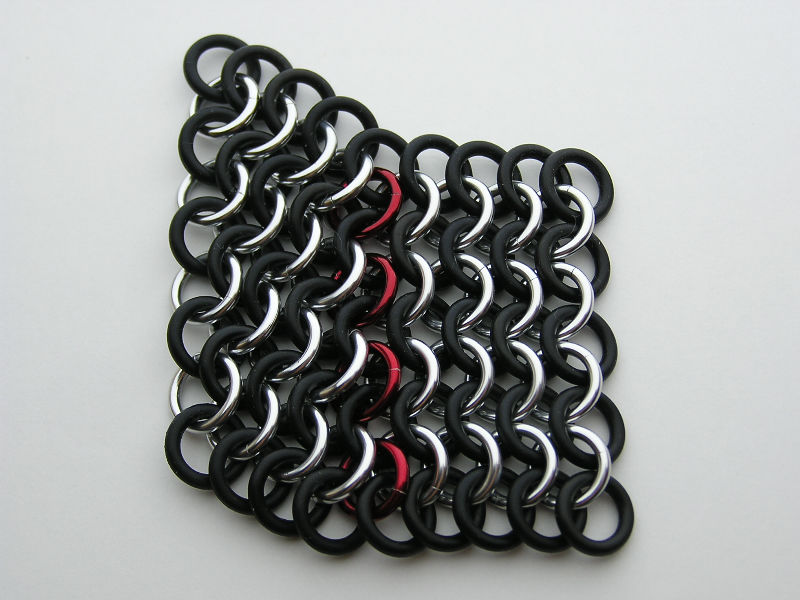 60 degree seam. The traditional seam of European 4 in 1. Popular, because it is balanced in the middle and does not lean. Limited because the angle is sharp. It can be difficult to make subtle changes in direction with only 60 degree seams in your tool belt. 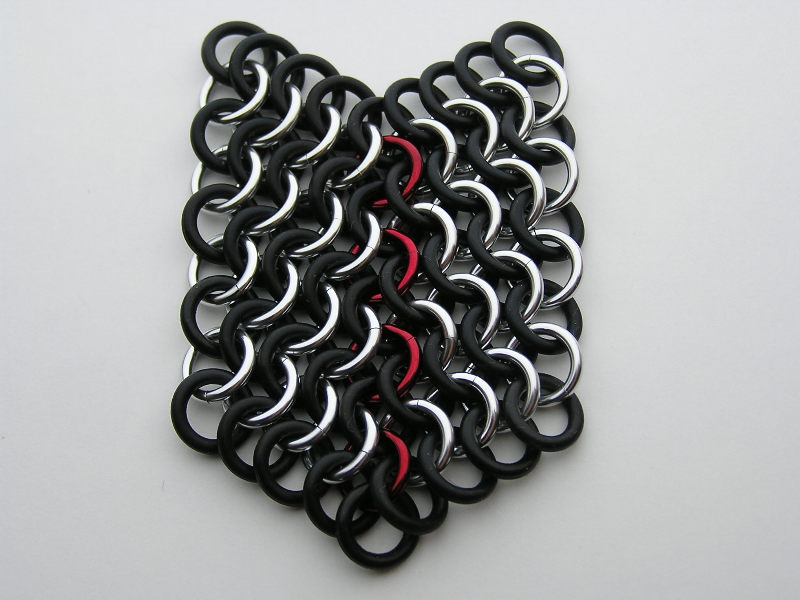 45 degree seam. Alternates between 30 degree and 60 degree expansion/contractions. The outcome is a seam that averages between the two = 45 degrees. 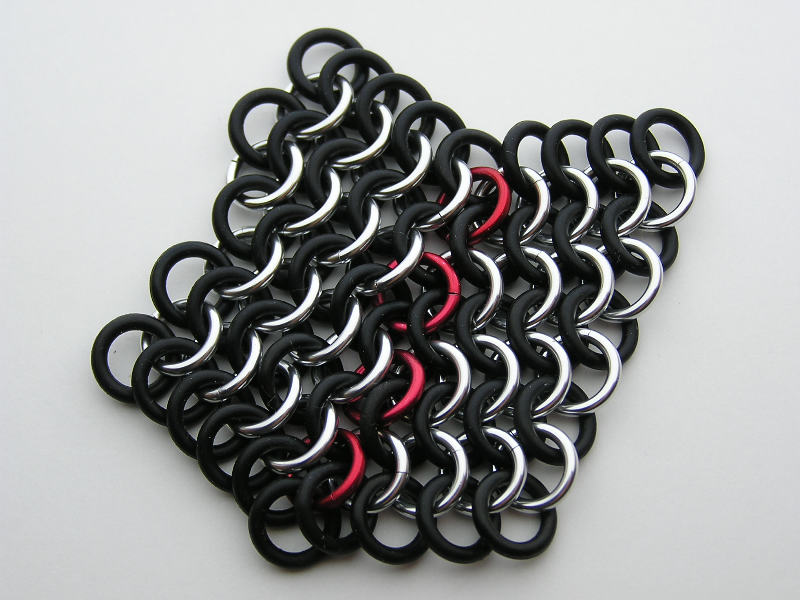 The angle of the seam is the same despite any changes in AR, as long as the AR of the rings is the same throughout the sheet.

These seams can also be translated into scales.